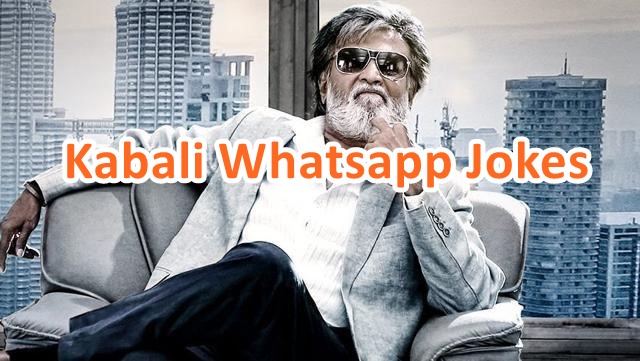 Rajinikanth releases his movie
and it becomes a Holiday
Kabali Fever…!!!

3.
First time in the world history whatsapp allowed to makes Emoji of a film actor…
That is one and only super star Rajnikanth

4.
Rajinikanth’s Power on Internet
As Rajinikanth‘s movie KABALI leaked online, the same day owner of Torrent & Kickass both are arrested in their country.

For more Kabali Whatsapp Jokes like our facbook page.